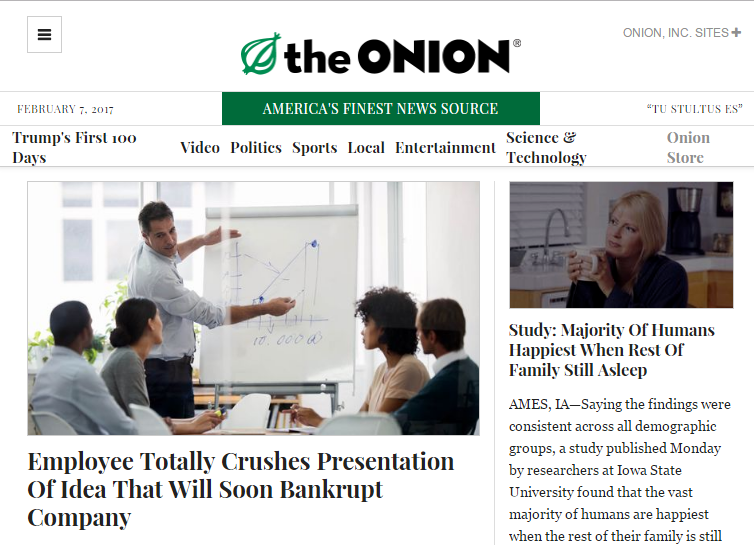 You may already be familiar with popular satirical news sites like the Borowitz Report, the Onion, or SatireWire.

But there are many, many more. Some satirical news sites are easy to suss out by their names, such as Click Hole, the Daily WTF, and the Oxymoron. However, others have names that seem as if they could be reputable, like the Daily Currant, the Valley News, and Weekly World News.

It may be easy to tell on the satirical newspaper website that it is not reporting real news, but if you take one article in isolation, it can be more difficult. 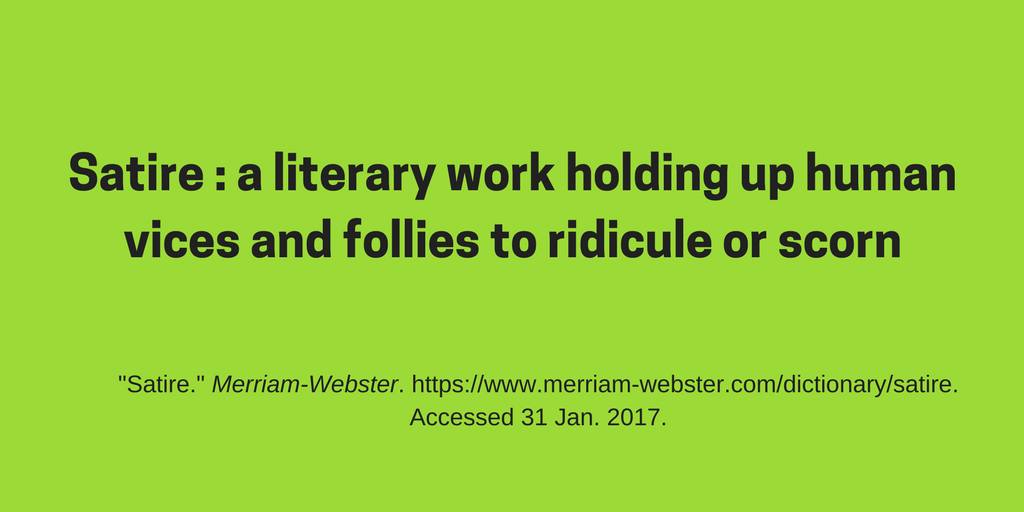 These sites can help you determine if you're looking at a satirical source. As with fact-checking sites, use these resources judiciously. 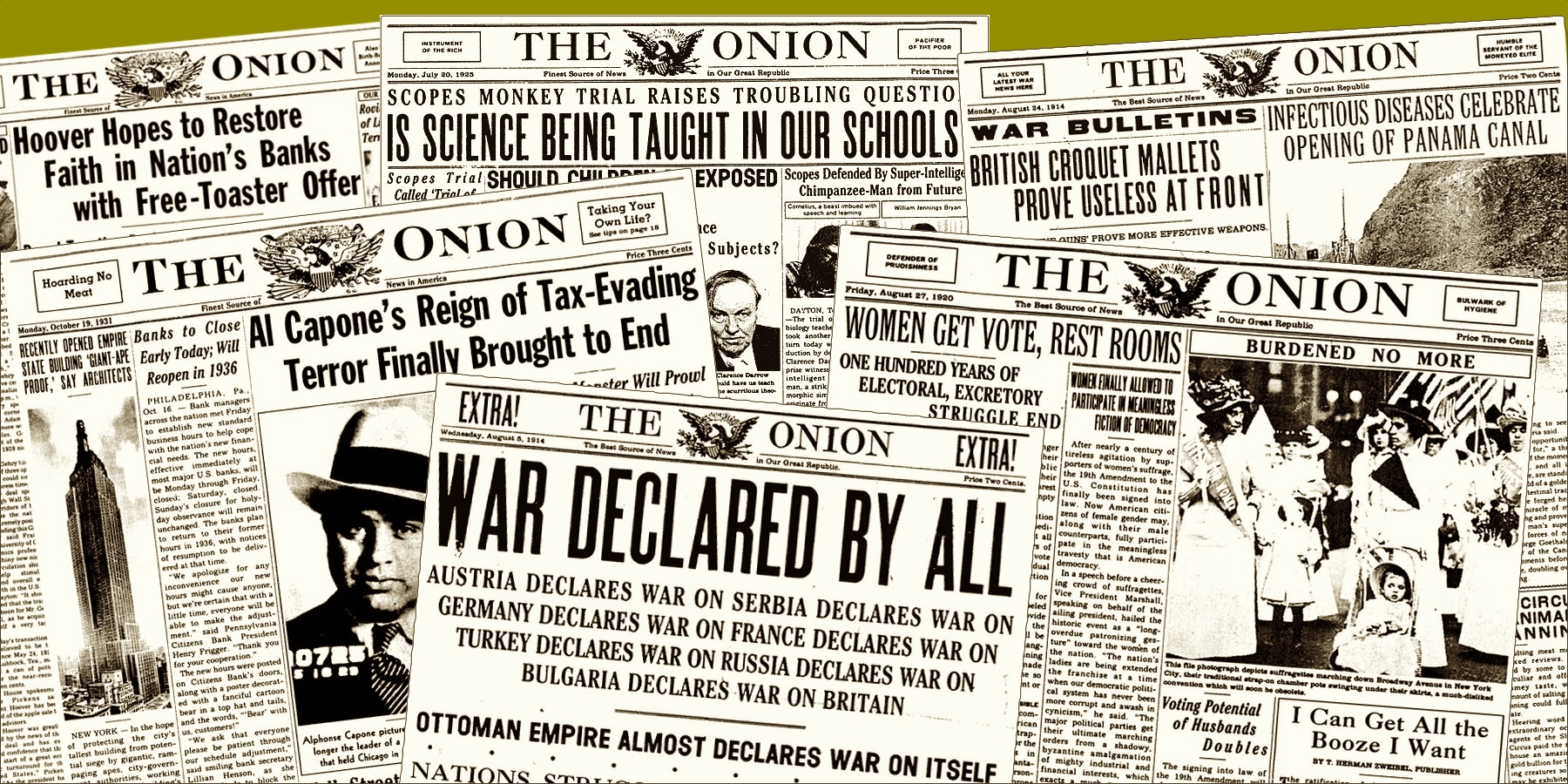 This site is a mystery but one thing is for sure, it is not a site with legitimate news stories. It uses satire at times; however, the site seems to practice a combination of click-baiting and trolling. In either case, this site exists only to make money from advertising and can scarcely even be considered entertaining.

This site is satire in the same sense as The Onion, though it provides no disclaimer stating such. The material is entertaining and often poignant. It also has the distinction of fooling professional journalists.

This site, whose logo resembles that of the ABC network, is a satire site that heavily uses jokes and irony. A message at the very bottom of every page informs its readers that the content is satirical.

The Daily Currant is a traditional (if such a thing exists) online satirical newspaper. It tends to be a little less over-the-top than The Onion, but it is upfront in its mission.

The title of the articles on this site should be a give-away but this site has fooled many people: including professional journalists. The 'About/Disclaimer' link available at the bottom of every page informs readers that the site is "intended for entertainment purposes only".

First, don't panic. This is not the IFLScience that we all know and love, they are at iflscience.com. This site appears to be a nefarious satire site who only barely makes their intention known. While many aspects of the site don't line up (their link to YouTube goes to the Christians Against Dinosaurs page) the trickiest aspect of this page is that it has a .org domain registry. Always remember to fact-check a new web site!

People on social media often share these stories as being factual, especially on Facebook. There is a link for the site's disclaimer located on every page, though it is difficult to find.

This site is pretty amusing and in no way tries to hide that it is not a reputable news site. If anything, they seem well-aware of the trouble people have in identifying satirical news. The tagline across their site's header is: "Satire for the wise. News for the dumb."

We know it. We love it. It still manages to fool a few people on occasion. If anything, it has changed how people approach news items as it is typical to see the comment, "I though this was an Onion article until..." The FAQ (frequently asked questions), which has a link at the bottom of every page, lets readers in on the joke.

Satirical news meets Sport Illustrated. The site itself never comes clean about its comical intentions, but the answer is discoverable through a Google search and on other watch dog sites confirm that this is an entertainment site. People who seriously follow sports can probably figure this out on their own.